Shintaro Kago is not interested in characters. If you’re looking to be deeply moved, to be invested, then you’ll have to look elsewhere—he offers a rarer and more cerebral delight. Kago is a tickler of brains, an engineer of transgression, a mad abstractionist who uses each of his sixteen-page comics to explore a singular idea and force its eccentric logic to its limits.

Take for example Abstraction, in which the comic panels turn sideways and reveal their third dimension, a wrenching motion that corrupts their internal reality. Soon the characters decay into two-headed beasts crawling through a glitching wasteland of panel-boxes, and finally the panel-scape of Abstraction II appears in the distance, a carnival of gore burning down.

But Abstraction is Kago at his highbrowest. More typical is outlandish scat or witty body horror or geometric necrophagia, in a crazed one-man arms-race of weirdness.

In Closed Hospital, the story takes place in a walled-off hospital where the doctors rule as oligarchs and the patients have settled into a caste system based on their disorder, so that cancer marries into cancer and the anginal unite with the arrhythmic, while the broken-bone folks, permanently wrapped in plaster, evolve into a superfragile race. When the story begins, a girl from the anal-fistula clan gets dishonored by an imposter who has artificially induced his own fistula; later he impregnates a doctor, and minutes after birth, the baby performs open-stomach surgery on itself. The parents sigh proudly.

Or there’s Fetus Collection, where the ghosts of aborted babies ring their mothers, who compete with each other by marshaling the fetal ghosts into decorative forms.

And Oral Cavity Infectious Syndrome, where an STD transforms mouths and genitals into odd glyphic shapes, each new form more extreme than the one before.

Kago excels at sixteen-page comics, where the concepts develop and unravel so quickly that there’s a twist on nearly every page. He heaps revulsion upon revulsion, cranking the filth and the horror up to unbearability, then pulls the plug just as the tension can’t get any worse.

But his longer narratives can be tedious. Their grounding concepts are just as unique and demonically clever, yet they lose all their springiness when stretched to 200 pages, the jokes lasting until long after they’ve stopped being funny. In Superconductive Brains, cryogenic sleepers get de-brained by tiny humans and converted into living mechs—but we spend too much time with his cardboard characters. And in Anamorphosis, a man wakes up trapped in a skintight monster suit, towering over miniature buildings with tiny fake people moving around inside… but the plot-within-a-plot-within-a-plot struggles to set itself up and finally collapses under its own weight, the brilliance of the beginning only a fading memory.

Kago is horrible fun, if you have a strong stomach. But beware the all-too-frequent coprophilic bits—that shit gets old quick. 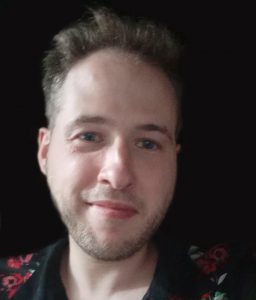