Guess what? This mornin’, when I went to unlock the factory—yep, I see you noddin’. You know it: another two of those sluggish, good-for-nothin’, miserable sons-of-bitches had jimmied the door and escaped. Well screw me, right? It’s not like I have rights, right? But I did stay cool, I just reported them to the police, and then durin’ my brunch break I took myself down to the Employee Store.

And I’m tellin’ you, today they had the most fantastic specimen in the window, on one of those like, rotatin’ platforms? This curly-bearded, fist-nosed boy stackin’ plastic cups and unstackin’ ‘em with perfect regularity and focus, I mean he was in the zone—and him surrounded by bidders basically climbin’ over each other to sweettalk his handler. A little sign on his back said that his pet peeves were unions and people who whine. Frankly, he sounded terrific… but I just don’t have that kind of cola. And besides, I find it beneath my dignity to scuffle over a product.

So you know me: I picked up a trio in the bargain-basement—three baldin’ sadsacks in their mid-thirties, all tryin’ to seem younger and stronger than they were, lookin’ like produce that ain’t been sold by its expiry date. The price was so low that at first I thought I’d found a real steal, I mean a surreally good deal—until I bought them. Then, well, put it this way: it’s not that I expected ‘em to get down on their knees and thank me for givin’ them a chance, although I don’t think such gratitude would have been inappropriate. It’s that these losers barely met my eyes, they mumbled and didn’t smile, and one of them had the most flower-wristed handshake I ever been forced to endure. Well. I almost had a minute there, but you know I’ve been meditatin’ lately, workin’ on my self-control, and I managed to bite back the anger and remind myself: this is okay, oh yeah, after all I am a pretty patient person, and I do know how to deal with troublemakers. As a mature man, and as a holder of a bachelors in CEO Studies, I am well aware that bein’ too commandin’ only makes them more likely to resist in various pathetic passive-aggressive ways. Instead, you got to treat them as if they ain’t even worth your anger. Which is—of course—the truth. 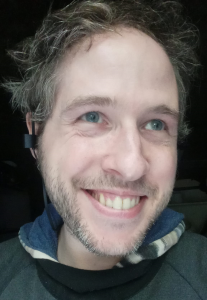